Republicans Supporters of a Clean Funding Bill Urged to Support 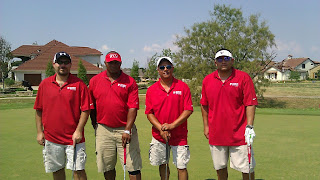 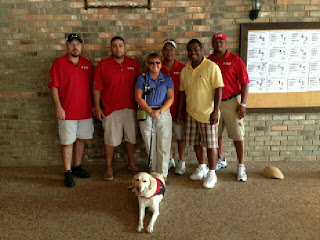 The Team with the Lovely Teresa Blevins (wife of GLR Tony Blevins) and Liberty,
Representing Guide Dogs of America,
along with District 37 DBR Byron Williams

And from the looks on everyone's faces.... A good time was had by all.﻿
﻿
﻿
Posted by District Communicator at 6:54 PM 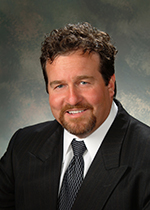 
GVP Mark Blondin joined the Executive Council in 2012 as the Aerospace Territory General Vice President. Blondin's IAM career started in 1978 while working at an IAM-represented machine shop in Seattle, Washington. He hired on at the Boeing Company in 1979, and worked in the tooling department at the Renton facility. As a member of IAM Local 751C, he held numerous Local Lodge 751C positions through the years, including Shop Steward, Auditor, Trustee, Financial Secretary, Recording Secretary, Vice President, and Local 751C Delegate to the District Council. Blondin has always been a champion for workplace health and safety and served for many years on the Renton Site Safety Committee.


Blondin was assigned as an IAM Aerospace Coordinator in 2007, with the primary responsibility of negotiating agreements between the IAM and Boeing throughout the United States and Canada. Blondin became the General Vice President assigned to the Aerospace Territory in 2012. As of July 1, 2013, Blondin will lead the Southern Territory, which has nearly 100,000 aerospace industry workers.


Blondin assists the community as a board member and fundraiser for the Guide Dogs of America, the Salvation Army and Families and Friends of Violent Crime Victims.


"It will be tough leaving the Southern Territory," said GVP Martinez. "The last decade has been one of great change, and our territory has moved forward and progressed through it all. I'm so proud of the men and women of this territory. Mark Blondin is a smart and capable leader, a strong colleague on the Executive Council, and a personal friend of mine for many years. Mark will be a great fit to keep this territory moving forward, and I urge everyone to do everything they can to support GVP Blondin."


"It's exciting to be given the opportunity to lead the Southern Territory," said GVP Blondin. "GVP Martinez assembled a great team with a strong work ethic, and I look forward to working with the staff, representatives and membership throughout the territory."
Posted by District Communicator at 8:13 AM

District 37 Local Lodge Officer and Steward Training took place April 24th and 25th, 2013 at the Williams and Kherkher Law office conference room. There was a good showing from most of the Locals in the District, seating was at capacity for the Steward Training and a very good representation of Officers from around the District.  Lunch was provided from a local BBQ restaurant (outstanding by the way) and the day was filled with the teachings of Brother James Parker, Southern Territory Educator.  His experience and interactive teaching style made for a worthwhile experience.  Members were able to ask questions of their experiences both on the shop floor and dealing with management in a variety of situations and gain insight as to the "Do's and Dont's" to maintain control of those situations and work to a resolution that is agreeable for all parties.
Brother Sam Munn Gave a good presentation for the NMPL and the good work that is being done by the Members in that department and the importance of sustaining support for that department, several Brothers made contributions on the spot.
There was a lot of information put out, it made for a full day.  We would like to thank The Southern Territory and Brother Parker for this opportunity. 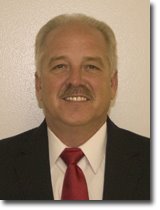 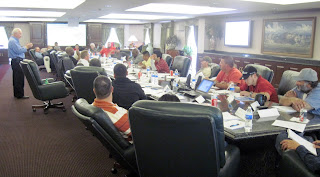 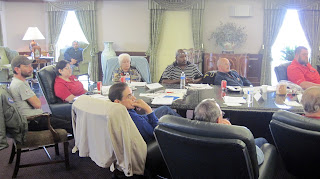 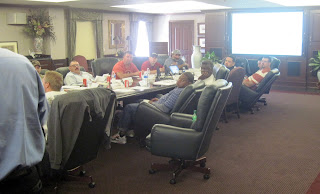 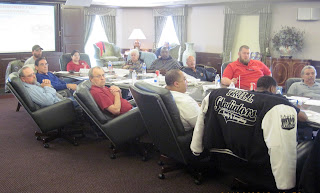 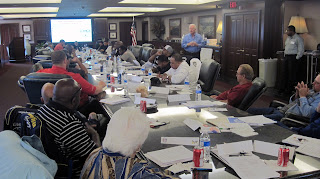 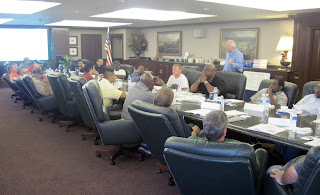 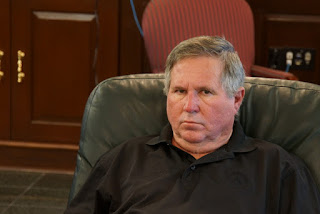 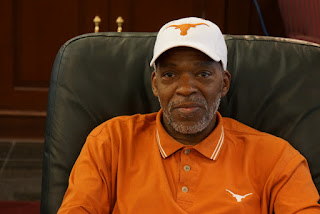 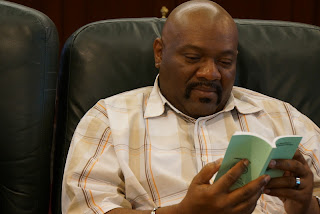 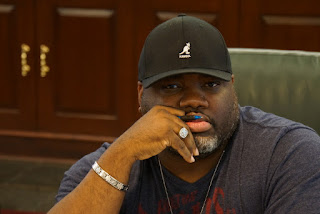 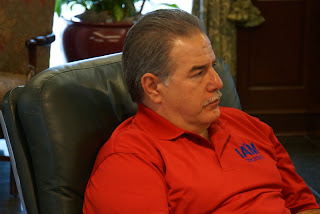 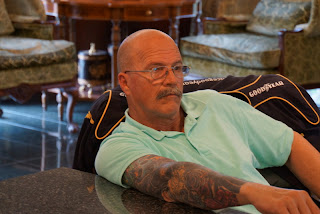 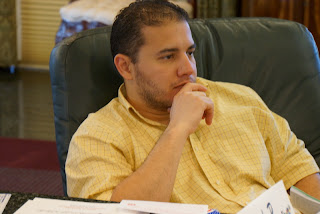 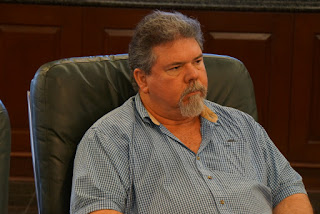 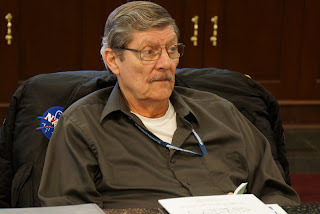 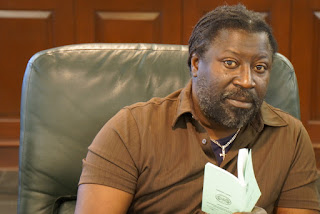 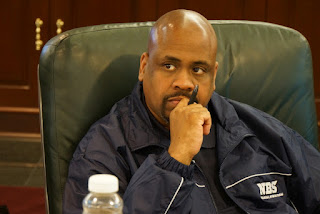 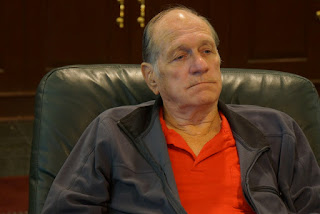 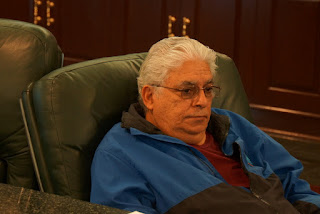 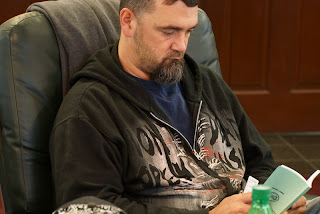 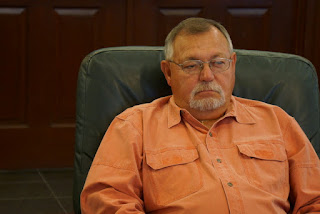 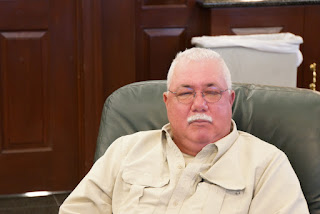 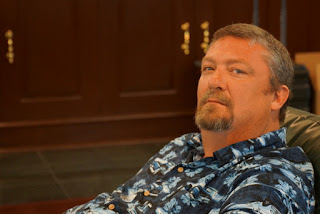 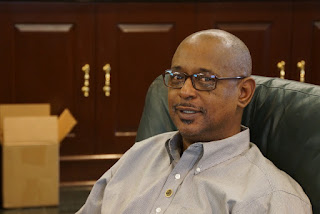 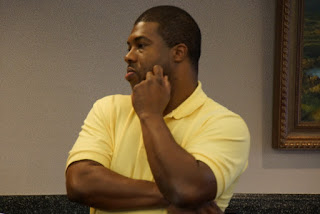 Posted by District Communicator at 7:28 PM

May 8, 2013Issues: Labor, Wages and Benefits
House GOP rejects Dem amendment to ensure workers could use comp time when they need it
WASHINGTON – House Republicans voted to advance legislation today that puts hourly workers’ overtime pay at serious risk on a 223 to 204 vote.
The bill, H.R. 1406, would allow employers to replace workers’ overtime time-and-a-half pay with nonguaranteed time off in the future. Any unused comp time would be repaid to the worker at the end of the year without interest, amounting to an interest-free loan from workers to their boss.
“The representations that the workers are free to choose between comp time and overtime pay, in fact, are not correct. At the end of the day, the employer has the right to veto any comp time that this bill will allow to accrue,” said Rep. Joe Courtney (D-Conn.), the ranking member of the Workforce Protections Subcommittee. “That’s why the many organizations representing working families and representing women have resoundingly come out in opposition to this legislation.”
More than 160 organizations have come out against the Republican bill, saying that the bill is just an empty promise and would cause considerable harm to working families. Watch this video to see how H.R. 1406 actually works.
Instead of forcing workers to choose between the overtime pay they need and the paid time off that they desire, Democrats said that all workers should be able to earn paid family or sick leave without having to give up critical overtime pay. One proposal, The Healthy Families Act (H.R. 1286), would allow workers to earn up to seven paid sick days a year.
“American families are putting in longer hours and less pay, and this bill will make this worse, said Rep. Suzanne Bonamici (D-Ore.) . “If we really want to talk about flexibility, let’s talk about paid sick leave.”
In addition, opponents of the Republican bill say that it does not contain sufficient safeguards to ensure that workers really have the choice between overtime pay and nonguaranteed comp time off. An employer could schedule fewer hours or even fire workers who choose to keep their overtime pay without facing strong penalties.
Republicans rejected an amendment by Rep. Carol Shea-Porter (D-N.H) to ensure that workers would actually be able to use the comp time they earned in cases of a family illness or a medical appointment for a veteran. The Democratic amendment would also prevent companies from making workers choose between overtime pay and time off if the business has violated the Equal Pay Act, the 1963 law that makes it illegal to pay women less based on their gender.
“Undermining workers’ paychecks or making their work schedules less predictable is no way to support working families,” said Rep. George Miller (D-Calif.), the senior Democratic member of the Education and the Workforce Committee. “Instead, Congress should be working to actually help our nation’s working families by increasing the minimum wage and allowing workers to earn paid time off, all without taking away their overtime pay.”
Posted by District Communicator at 7:35 PM