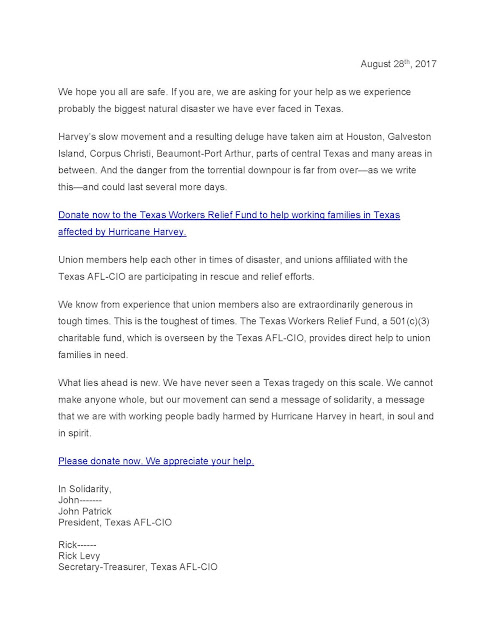 Posted by District Communicator at 9:23 PM

Find Below the available forms for assistance from the IAM 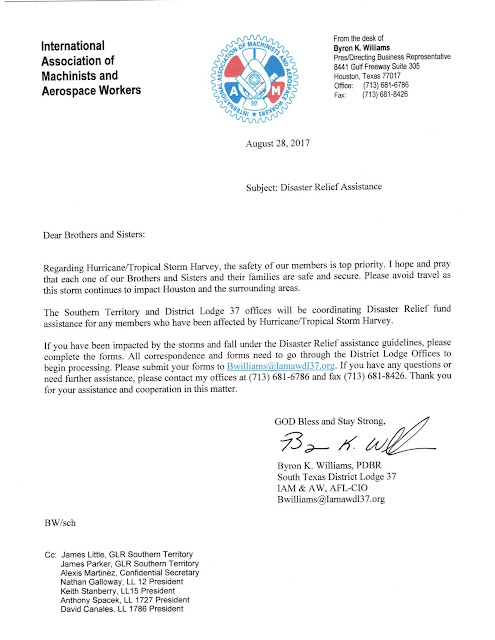 Posted by District Communicator at 6:16 PM

For all the latest information regarding the Strike, check with the internationals IMAIL, www.GOIAM.org, and the Local Lodge site http://iamawll15.blogspot.com/

Posted by District Communicator at 5:56 PM 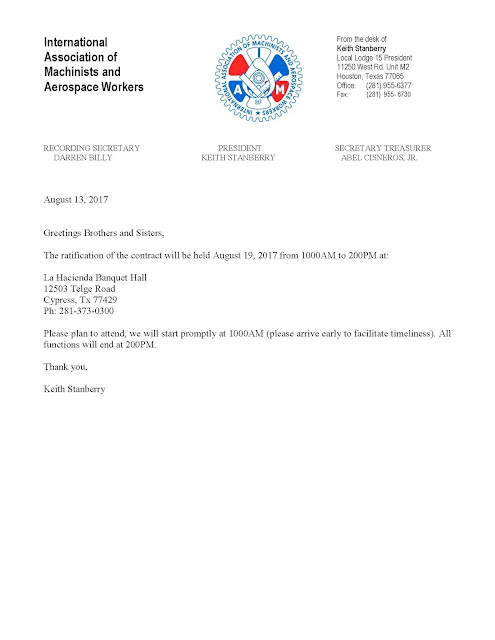 Posted by District Communicator at 5:20 PM

Your elected contract negotiating team, Tim Stutts, Abel Nuncio, Marcus Grimes, Darrell Bonney District Lodge 37 Rep Byron Williams and your chief negotiator, Grand Lodge Representatives Brother James Parker, met for negotiations with Wyman Gordon. The Union and Company have exchanged and discussed several issues and proposals. The parties have discussed several issues relating to Non-Economic and Economic issues. Your negotiating team has heard your concerns regarding the issues that are important to the membership “Those Issues such as job security, outsourcing, benefits, and wages”.  The parties are continuing to exchange ideals related to proposals in an effort of reaching resolution to the issues you brought forward in the membership surveys, meetings, and with your negotiating team members.

We have reviewed your surveys and furthermore your comments from the surveys. As anticipated, the top issues were established and have been formulated into contract proposals. We are asking for our members support throughout these negotiations. Please remember, if we have not addressed the issues here, they are rumors.

Some of the proposals brought forth by the company is to reduce short-term disability benefits from 70% to 55% of employee’s salary. In addition, employees on short-term (6months) and long-term disability (6months) for a total of one year, then be terminated from the company. The Company wants to implement a change from 20 minute to 15 minute breaks during the overtime period. Temporary assignment proposals are still being exchanged. The company is also holding to not allowing employees who attend funeral such as a (friend), receive premium pay for 6th and 7th. Day.
The company presented a wage scale with a much-reduced starting range of ($7.50) Lg6, to Labor grade 16 ($14.00) with no salary increases for the 3yr contract. For any current employees in addition to any employees hired or re-called after ratifications. We will continue exchanging proposals throughout the week and will update the membership as the negotiations continue.

Please check your District Lodge No. 37 web site and link to your Local Lodge 15 link, for future updates. Additionally, further updates will be forthcoming as negotiations move forward.


Posted by District Communicator at 9:22 PM

Lobstermen Moving up with the commerce 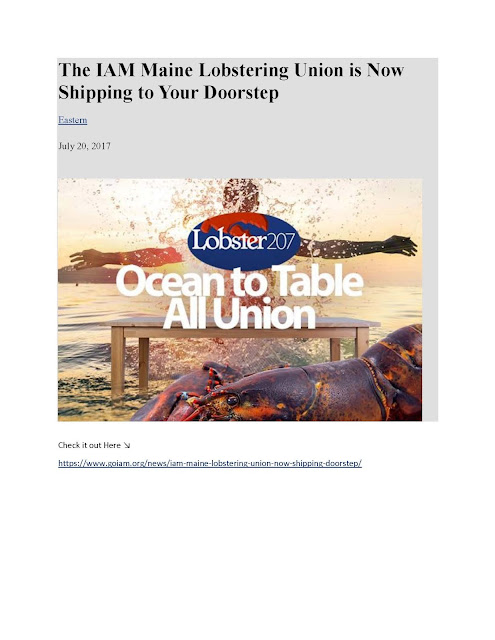 Here is your shortcut to the above link, take advantage of this great offer from your Union Brothers and Sisters.


Posted by District Communicator at 4:56 PM